Wishing you inspiration throughout the coming year 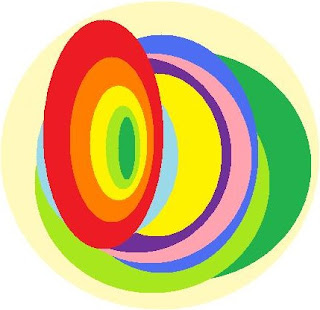 May we be prosperous in creative thoughts; may they find pages, stages and voices. May we write and read and play. May we love and be loved. May we create big, brainstorm, get excited, be enthusiastic.

May we remain gentle and passionate, converging these elements into compassion.
at December 31, 2010 No comments:

"the way each poem poises me on the high diving board then walks away so I take the plunge myself---this is poetry as an art"
at December 21, 2010 2 comments:


The incredible variety of books is a tribute to the wide array of talent on Gabriola, The Island of the Arts. Page’s is a renowned venue at which they host many of the local artists to launch and sign their newest works. 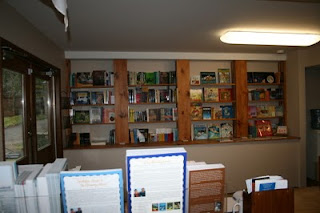 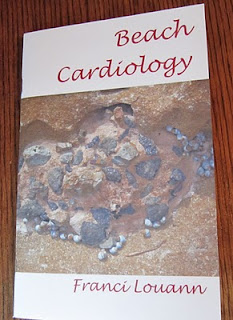 The title refers to the dreams and hopes that expire unrequited, and turn to stone on a beach somewhere.

The first stanza of the eponymous piece, which appears on the back of the cover:


all of the stones
on this beach
are shaped
like hearts

appears at first, to be optimistic, hopeful, as though everything on the beach where land ends and the ocean begins, is in tune with the human heart. However the final stanza reveals the fear that follows hope.

The heart sees signs in everything. The  poem titled "That Night" is about openings in images and relationships when Judy Chicago's The Dinner Party comes to town, foreshadowing the meeting of a new love.

In these poems, inanimate objects predict what the mind doesn't want to allow. The backpack foretells the end of an affair, the half moon announces the ache for the missing half, a Palestinian scarf becomes a flag when a rabbi and his family walk by.

Franci Louann was born in Stratford, Ontario, (known then as Frances Louann Workman) and moved to the West Coast in the late sixties. Her poems have appeared in Woman’s Eye: 12 BC Poets (edited by Dorothy Livesay, Vancouver: Air, 1974), various other publications, in print and online, and have won prizes from Pandora’s Collective, Burnaby Writers’ Society, and the Vancouver Folk Music Festival 25th Anniversary Memorable Moments contest. In 2007, she received World Poetry’s Volunteer Media Award, and was appointed World Poetry Ambassador to Australia and New Zealand 2009-2010.

$8 plus shipping
To order send an email to lipstickpress@shaw.ca
at December 02, 2010 6 comments: 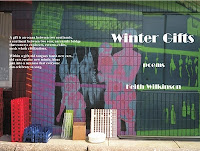 It was Saturday, November 13th, and Lipstick Press is sorry for forgetting. Keith's chapbook Winter Gifts was published last year. Copies of the book are still available for your seasonal shopping at Lipstick.
at November 16, 2010 1 comment: 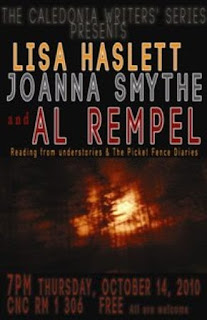 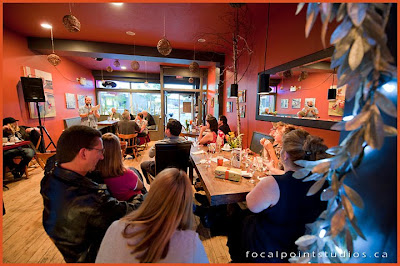 The launch at Nancy O's in Prince George was attended by fans, friends and family. 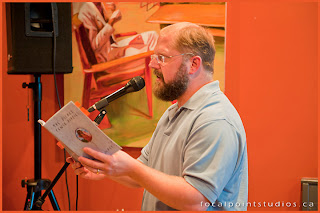 and here is the author reading.
Wish I could have been there - those who were please leave your comments below.
Thanks to Jayson Hencheroff for allowing us to post these photos.
at September 04, 2010 No comments: 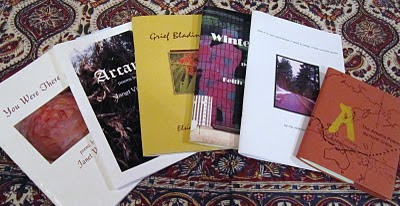 Thanks to book shop owners everywhere and particularly to the community spirit on Gabriola Island.

If you need a map visit the Gabriola Web Directory
at September 03, 2010 No comments:

Email ThisBlogThis!Share to TwitterShare to FacebookShare to Pinterest
Labels: A: The Amelia Poems, Grief Blading Up, how it is I am not married, Page's Resort and Marina, The Island Book Shoppe, The Picket Fence Diaries, Winter Gifts 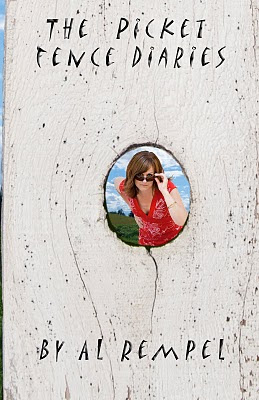 Join us for a chapbook launch
of neighbourly poetry
Where: Nancy O’s, 1261 3rd Avenue
Prince George, BC
When: Thursday, September 2nd
7:30pm
Receive 10% off food portion of bill with purchase of book
at August 19, 2010 No comments:

This long poem is a collection of dado joints that are defined separately yet fit together to create a whole community.

luckily the birds haven’t forgotten their throats
dreams of cherries

Greg heads back to his woodshop
cuts dresser-drawers out of his day
lunches on plans. trims minutes with his Exacto knife

While none of the characters portrayed in this book are based on or represent any real persons living or dead, they are archetypes we can find in any sub-division. People living one moment at a time. Their small goals and their large dreams could be an anthropological nod at modern community. Their brief thoughts and half sentences the pieces of a dig, a puzzle to be collected and fit together to create a theory.

But Al Rempel’s poem is too playful to pose as a thesis. His poem celebrates the fragments of knowledge we are all capable of collecting as we observe and imagine one another in our multi-coloured houses. Moments of boredom and despair are woven with conceits fenced within the privacy of our thoughts and our living rooms. And the beauty of these pieces are that they are free of judgment.

Al Rempel’s first book of poetry is called understories, published by Caitlin Press (April 2010). His poems have also appeared -- or are forthcoming -- in The Malahat Review, GRAIN, CV2, and Event. Al’s poetry has been published in various on-line publications and anthologies, including 4 Poets, Rocksalt, Half in the Sun, and The Forestry Diversification Project. Al is currently an alternate teacher in Prince George. 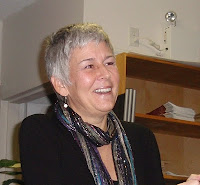 Elsie grew up with stories that brought home the ghosts of her ancestors who never made it out of Russia. As a young girl she would write to family she had never met, and couldn't expect to meet, as they were in Siberia and Germany.

Author of A: The Amelia Poems, editor, friend, activist, poet, reviewer, teacher, supporter of the arts, and blog keeper - was born on this day (a few years ago).

Email ThisBlogThis!Share to TwitterShare to FacebookShare to Pinterest
Labels: A: The Amelia Poems, Heidi Greco

12 or 20 Questions with rob mclennan 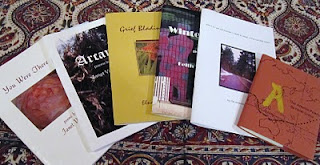 Lipstick Press was interviewed by rob mclennan, who works tirelessly to support writers and small presses. Here is the result.  Please visit.

As I read through the interview I realize all the things that I could have said but didn't. But how can a publisher wax eloquent about the work she has published and their authors without being gushy?  The books stand on their own merit.
at March 26, 2010 No comments: 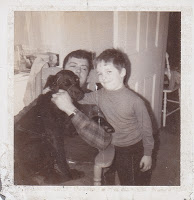 His chapbook "how it is I am not married / I want to live in the runcible spoon" is still available for $8 plus shipping. 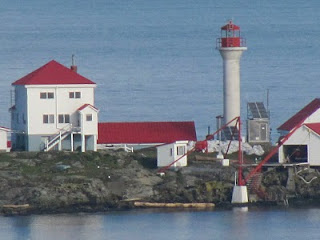 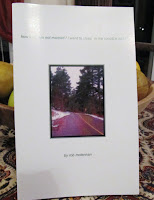 rob mclennan's latest poetry chapbook is a reflection on the gap between nonsense and need.

The love in these poems is felt by its absence: "the earliest map of the heart has never been found". The attempts to reason and explain a life are pin pricks of feeling, "trails of kisses through the intricate dark".

mclennan doesn't seek comfort in pain, or sentimentality - he "wants to scar in the runcible spoon ... trading glucose for mercury". Feelings of grief can be counted "as fixtures" in a world where "there are no fixtures".

In the personal narrative, sense is much bigger than reason. Even though we have been told many times, in many ways, that reason triumphs over emotion, that our senses can't be reliably recorded, we look to the artist to pull off the scabs, reveal the scars, of the unexamined beliefs and myths that make the individual homeless and alien within his or her society.

rob mclennan is the author of some twenty trade books of poetry, fiction and non-fiction; his most recent titles are the poetry collections: gifts (Talonbooks), a compact of words (Salmon Poetry, Ireland), wild horses (University of Alberta Press) and a second novel, missing persons (The Mercury Press). He regularly posts reviews, essays, interviews and other notices at robmclennan.blogspot.com.

Email ThisBlogThis!Share to TwitterShare to FacebookShare to Pinterest
Labels: how it is I am not married, I want to sleep in the runcible spoon, poetry, rob mclennan

It is still under construction but does contain the essential information about this micro-press.
at January 08, 2010 No comments: