The League of Canadian Poets announces the PK Page Trust Fund in support of poets and poetry in Canada. A series of benefit readings will honour her and initiate the fund.


“PK was one of our own and we want to remember her,” says League President Susan McMaster. “She was a great poet and a great mentor. We hope this new fund will grow into a large endowment that allows the League to support the art and craft of poetry in a number of ways that would have pleased her.”


Born in 1916, PK Page’s artistic and poetic career spanned more than five decades, ending only with her death in 2010. She was made a Life Member of the League in 1987.  Past president, DC Reid revealed  “PK meant a great deal to me personally, for her connection across poetic generations and with English poetry, for her patrician ways and her bright, agile mind. Her book of glosas, Hologram, and her encouragement resulted in an outpouring of this Spanish form from Canadian poets, firmly establishing a new stream in Canadian formalist poetry.”


In 2000, PK, as she was known to her friends, was granted a special honour when the United Nations chose her glosa “Planet Earth” for its Dialogue Among Civilizations Through Poetry reading series. The poem — which was the one for which she wanted to be remembered — was read at locations around the globe considered ‘international ground,’ including the United Nations, Mount Everest and Antarctica.


Reading on Gabriola
A benefit reading for the PK Page Trust Fund will be held at Mad Rona’s coffee, (500 North Road, Gabriola) November 6th, 2 pm until 4pm. Featuring League member poets Sandy Shreve and Heidi Greco, the event will open with a reading of “Planet Earth” read by Gabriola’s Naomi Beth Wakan.  Other local poets will have a chance to read a favourite PK Page poem by contacting Janet Vickers (BC/Yukon Rep for The League of Canadian Poets) at janetvickers@shaw.ca.


Suggested donation at the door is $5.  All money collected will go to the PK Page Trust Fund. 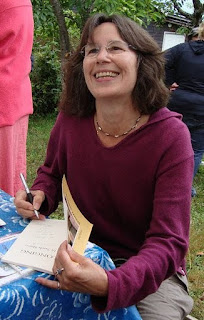 Sandy Shreve’s most recent poetry collections are Suddenly, So Much (Exile Editions, 2005) and Cedar Cottage Suite (inaugural Gesture series chapbook, , 2010). A new chapbook, Level Crossing, is forthcoming from the Alfred Gustav Press in 2012. Her other books include the anthology In Fine Form – The Canadian Book of Form Poetry (Polestar, 2005), co-edited with Kate Braid. For more information, visit her website at: www.shreve.shawwebspace.ca 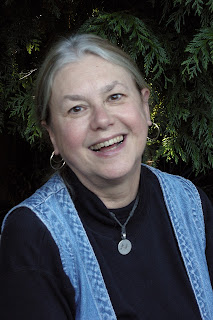 Heidi Greco’s poems, reviews and short fiction have been published in books, anthologies, newspapers and magazines in Canada, the U.S. and the U.K. Her novella, Shrinking Violets (Quattro Books 2011) won the Ken Klonsky Award. Collections of her poems include Siren Tattoo and Rattlesnake Plantain (Anvil Press), and A: The Amelia Poems (Lipstick Press 2009)  a chapbook about Amelia Earhart. Heidi leads classes, retreats and workshops for adults, students, inmates from Matsqui Penitentiary, and  blogs at outonthebiglimb.blogspot.com.