Haiku in Other Forms & Rengay Roundup July 21 on Gabriola 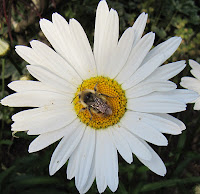 Harvey introduces his memoir of pilgrimage on the popular Compostela de Santiago. He will talk about his personal choices in the use of prose and haiku to capture special moments and document his France-into-Spain journey.

With a few choice examples, Sonja will trace the origins of haibun in Japan from the poem-diaries of the 10th and 11th centuries through to the development of haibun as an independent genre in the 17th and 18th centuries. The focus will be on how entwining poetry into prose narratives of journeys and personal life opened up possibilities for expression that were not available to poetry or prose narrative on their own.

Susan will read some current examples of the haibun form by authors from several different countries around the world. Touching on a variety of subject matter and styles, these examples will exemplify what is considered praiseworthy in modern day haibun.

Local photographers will once again show photos produced in response to haiku by
poets with a connection to the Gabriola Haiku Gathering.

In the Poetry Yurt
at The Gabriola Commons
$10 registration fee

Join Michael in exploring the collaborative linked verse form of rengay—consisting of six haiku or haiku-like verses by two, three, or six writers on a thematic focus. Combine the shared social benefits of renga and renku with a shorter, more accessible, and more readily publishable linked form of poetry. Come prepared to write collaboratively and have fun. For more info on rengay, visit http://sites.google.com/site/graceguts/rengay.

Vicki McCullough, regional coordinator for Haiku Canada and a long time haiku volunteer with the Vancouver Cherry Blossom Festival, has organized the program for this gathering.

Harvey Jenkins is a long time member of Haiku Canada and received a Sakura Award from the Vancouver Cherry Blossom Festival in both 2011 and 2012.
His haiku has appeared in many magazines and anthologies.

Sonja Arntzen is a leading translator of Japanese classical texts, including Ikkyū and the Crazy Cloud Anthology and The Kagerō Diary.

Carole MacRury  has received many awards for her widely published haiku, tanka and photographic haiga.

Michael Dylan Welch is founder of National Haiku Writing Month (NaHaiWrMo) and the Tanka Society of America, and cofounder of the Haiku North America conference, and the American Haiku Archives. www.graceguts.com.
www.nahaiwrimo.com.

Susan Constable’s award winning haiku and tanka have appeared in numerous journals. She is currently the tanka editor for the on-line journal, A Hundred Gourds.

Special thanks to our sponsors and supporters