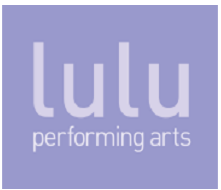 Pierre-Andre Doucet, pianist
Saturday, January 18th, 2014, 7:30pm
Phoenix Auditorium at the Haven
Praised for his sincere and colourful playing as well as for his modern and fascinating writing, pianist and author Pierre-André Doucet is rapidly establishing himself as one of Canada’s most captivating young artists.
Mr. Doucet premiered with Symphony New Brunswick in 2007, under maestro Airat Ichmouratov, and has since performed with Sinfonia de Lanaudière under Stéphane Laforest. An engaging collaborative pianist, he has worked with countless established vocalists, instrumentalists and ensembles, and has also performed and recorded with several renowned choirs and vocal ensembles, among them the Jeunes Chanteurs d’Acadie.
In addition to having been heard on Radio-Canada, CBC Radio and Espace musique, Mr. Doucet was one of seven emerging Canadian musicians to be featured online as part of Espace classique’s Flash jeunesse project. Furthermore, recent musical projects have seen him travel across Canada, from British Columbia to Newfoundland-Labrador, as well as to the United States, Germany, Belgium, Spain and the French territory of Saint-Pierre et Miquelon.

“Ticketless” tix are $20 in advance at the Village Liquor Store; $25 at the door; $5 for youth
(16 and under). For more information please email info@luluperformingarts.ca